Weather was perfect for the 2018 Heyward reunion April 14 at the beautiful Combahee Plantation, south of Walterboro, SC. There was a good turn-out of cousins and the food was delicious.

Heyward Family Association President Leslie Smodic expressed appreciation to those who contributed to the success. Special thanks went to Francis Johnson, owner of Combahee Plantation, who made his home available for the Heyward reunion.

Some pictures are shown below.

Tables and chairs set up for dining…

Jim Glover, former HFA President, tells the gathering about the notorious Susan Cole and her impact on the Heyward family… Leslie Smodic, her daughter Rhett and Bob Fitz Simons (all standing) give out door prizes… 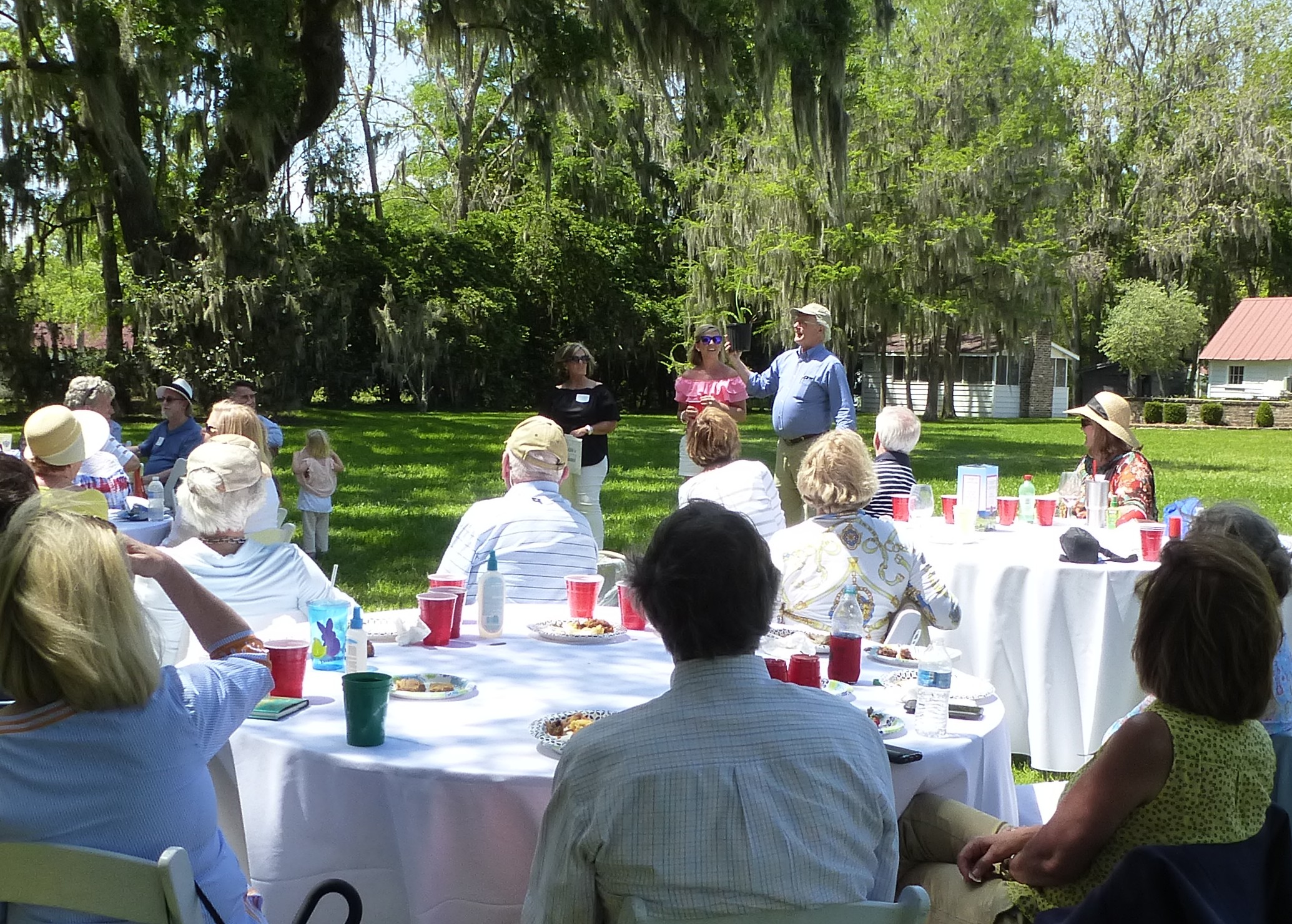 The reunion site has special significance to the Heyward family. It was originally part of a British land grant made to Daniel Heyward (b. 1720) well before the War of Revolution. At Daniel’s death the plantation, then named Hamburg, went to his son James, who’d recently married a woman from England named Susan Cole. James died shortly after their marriage and his will gave his wife income from Hamburg for as long as she lived, after which ownership of the Hamburg would go to Nathaniel Heyward (b. 1766), James’ brother.

Hamburg was one of the most productive rice plantations in the country, so the income allowed Susan Cole and her second husband to live lavishly—in Flat Rock, NC–until she died in 1846. Nathaniel Heyward (1766 – 1851), then quite old, took over the property and passed it on to his grandson, James Barnwell Heyward (1817 – 1886).

James Barnwell Heyward continued rice planting at Hamburg and built a fine home there, in addition to the one he already owned in Charleston. That plantation home was burned by Sherman in 1865. After the Civil War James Barnwell Heyward resumed planting rice at Hamburg and built another house there in 1872. The house that now stands at Combahee Plantation is essentially the same structure that was built after the Civil War.